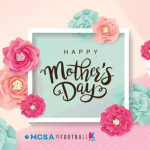 Honoring the person who has done more for us than anyone in the world.
Thank you and have a wonderful day.
Waiting is almost over……… Get excited.
Our league season kicks off this weekend 2nd & 3rd of April.
Bring it on……
Stronger United
MCSA is community Football 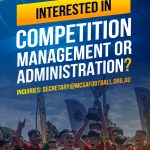 Seek to develop or advance your skill in Sports management??
Want to get involved in football and meet people from diverse backgrounds and experiences??
Want to have your creative ideas heard in a friendly, collaborative & progressive environment??
Want to make a difference
MCSA is an equal opportunity association. We love to have a friendly chat with you.
Want to know more?
Contact: secretary@mcsafootball.org.au
MCSA is community Football
#football #CommunityFootball #soccer #sportmanagement #world_sport__hub 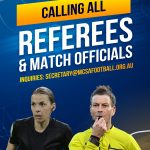 MCSA is looking for match officials (Centre Referees and Assistant Referees) to support our 2022 season and beyond.
MCSA has both Saturday and Sunday leagues.
All matches are played at many sports fields across Melbourne – 3 match officials per match.
Key sportsfields include: 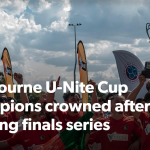 The 2021 Melbourne U-Nite Cup came to a thrilling conclusion on Australia Day, with the men’s and women’s grand finals taking place at CB Smith Reserve, Fawkner.

Proudly organized by the Melbourne Chinese Soccer Association (MCSA) in conjunction with Melbourne Victory, WorkSafe Victoria, and Football Victoria, the finalists braced the scorching Melbourne heat to battle for the championship cups.

The women’s final saw Roxburgh Park defeat a courageous Astronautu side who were hampered with injury. Both sides showcased some quality football but ultimately Roxburgh Park took control of the match, displaying a ruthless attacking edge that saw them lift the cup following a 4-1 victory.

The Melbourne U-Nite Cup is an annual event proudly brought to you by MCSA. The organization was established in 1995 with the goal to provide opportunities for young people of diverse cultural heritage to play football in a friendly yet competitive environment.

All future inquiries regarding the event and other MSCA competitions are welcome at: secretary@mcsafootball.org.au